Comparison of the most famous alpine resorts in Austria. 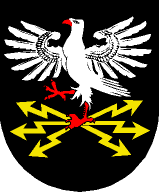 Who hasn’t visited this snow-white ice yet ec named Kitzsteinhorn, laid 3203 m.n.m, does not know what he is missing. It is located in the Salzach Valley on the northern edge of the Hohe Tauern. Part of its cadastre belongs to the Hohe Tauern National Park. To the south of the village are the massive peaks of the Kitzsteinhorn and the Grosses Wiesbachhorn (3570 m). In the mountains there are crystal glaciers, high mountain peaks and also a lot of snow, from October to May. Thanks to the permanent snow cover, the winter season guarantees 100% quality and conditions that are suitable for every skier – from freeriders, through sports skiers to families with children. You can use 400 km of slopes and 120 cable cars in 3 resorts, so it is no wonder that this resort is one of the most popular in the Austrian Alps.

In the summer months, tourists can enjoy hiking, magnificent views and breathtaking experiences more than once in the oasis of relaxation of the Tauern Spa or by boat on Lake Zell. Visitors can visit the Sigmund-Thun-Klamm gorge. Last but not least, the region stands out with its large golf course Leading Golf Course Zell am See-Kaprun with 36 holes. The highest peak is called Schmittenhöhe and there are spectacular slopes suitable for the whole family and great panoramic views. 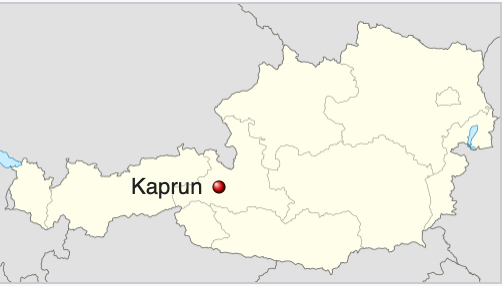 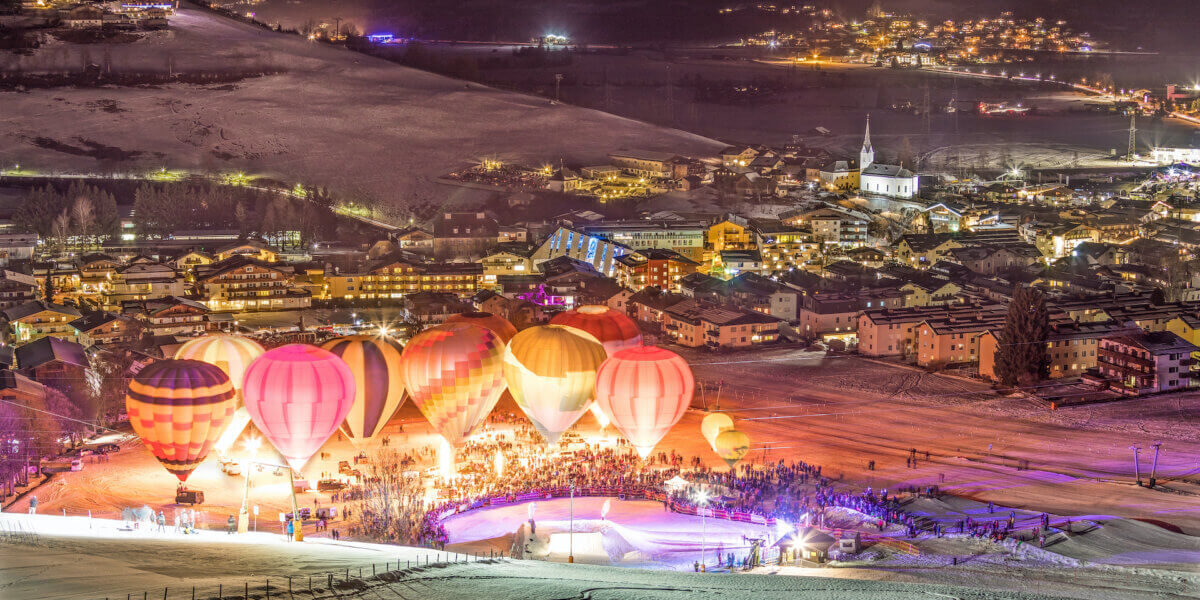 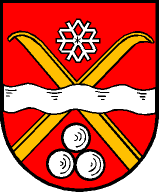 This area is exceptionally fascinating landscape and with its 270 km of slopes it is one of the largest ski resorts in Austria. This area belongs to the Kitzbühel Alps. Saalbach-Hinterglemm is a municipality in Pinzgau in the state of Salzburg in Austria with 2827 inhabitants in the Saalach Valley, Glemmtal. The Salzburg ski area with 70 cable cars and lifts with many cozy ski huts, snow parks, a freeride park, illuminated slopes and toboggan runs is one of the most diverse ski areas in the Alps. The possibilities for using Saalbach-Hinterglemm in summer tourism and games are as follows: Käpt’n Hook Adventure Pool, Devil’s Water, Montelin Adventure Trail, Mount Kodok, Schnitz Forest Park, High Rope Course, “Powertrail” – 18 km long circuit with more than 55 geocache that runs through the valley. Hiking trails and climbing sections are represented here in large numbers, up to 400 km of hiking trails. The area also has amazing opportunities for cyclists. 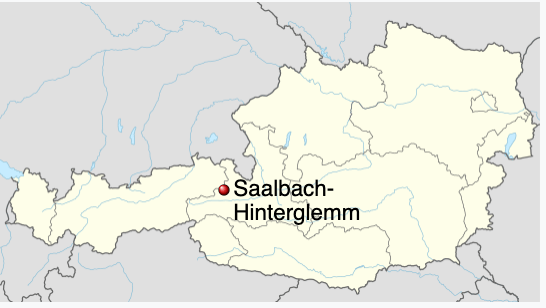 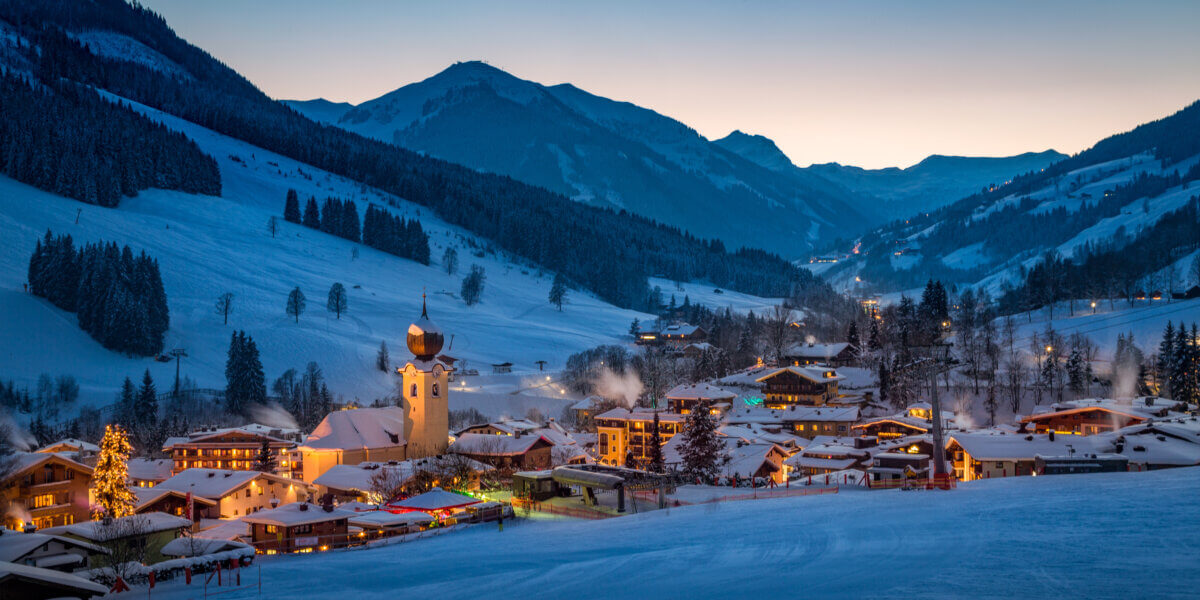 From the massive southern walls of the Dachstein to the Schladminger Tauern mountains, visitors to seven tourist centers can enjoy a unique holiday area in the Upper Ennstal district of Liezen in Styria. the original rural character of this region. The list of municipalities that make up Schladming-Dachstein are as follows: Schladming, Ramsau am Dachstein, Haus-Aich-Gössenberg, Gröbminger Land, Öblarn-Niederöblarn, Naturpark Sölktäler and Grimming-Donnersbachtal.

This area is very special, as Schladming has developed into a ski metropolis of the whole region, which has world-class slopes and cross-country trails. This ski area is part of the Ski amadé Ski Association, one of the largest winter sports facilities in Europe. It is one of the 5 best ski areas in Austria and is known for hosting the first (outside the USA) World Cup races (since 1973). This tradition continues and the night race with about 50,000 visitors is especially famous. Unique experiences on 230 km of downhill runs with 80 cable cars and lifts will guarantee you the joy of fantastic downhill skiing at an altitude of 2,700 m above sea level, which is guaranteed by the nearby Dachstein glacier. A very famous attraction is the Dachstein Sky Walk, the Glacier Palace and the suspension bridge with “stairs to nowhere” glacier cable car Dachstein is used in winter and summer. 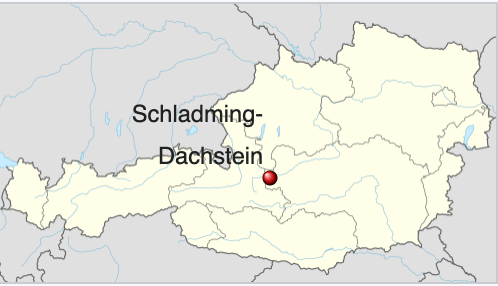 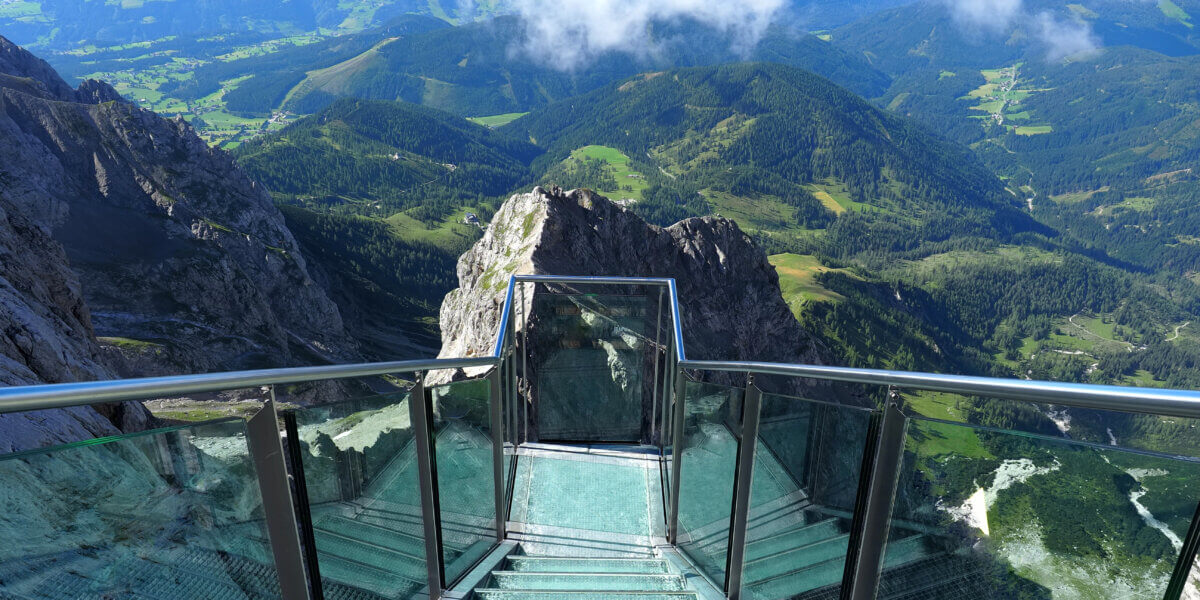 The Zillertal Arena, which is very popular with tourism, is the largest ski area in the Zillertal. The Zillertal is a valley in Tyrol and is the widest valley south of the Inn Valley. It gives its name to the Zillertal Alps in the heavily glaciated section of the Alps in which it lies. It has 143 kilometers of slopes and 52 lifts that can transport over 85,000 people per hour. Skiing is possible here up to 2500 m.n.m. It consists of two parts, one with valley cable cars in Zell am Ziller, Gerlos, Königsleiten, Wald and Krimml / Hochrimml to Salzburg’s Pinzgau. There are also small ski areas with a ski slope and a 7 km long natural toboggan run with a valley cable car in Hainzenberg.

Zillertal Arena is a large, modern and easily popular ski area – comfortable cable cars will take you everywhere, the slopes are clear and mostly gratefully red, mountain huts cozy and reasonably priced and there are also measured slaloms, obstacle courses and snow parks. Skiing on the slopes is possible up to a maximum height of about 2500 m. The resort is suitable for families with children and there is a guarantee of quality snow. There are widely represented large children’s areas, ski schools, children’s slopes, winter hiking trails and training lifts. In summer it is possible to visit the mountain railway, Krimml Waterfalls, bike paths, e-bikes and e-bobs. 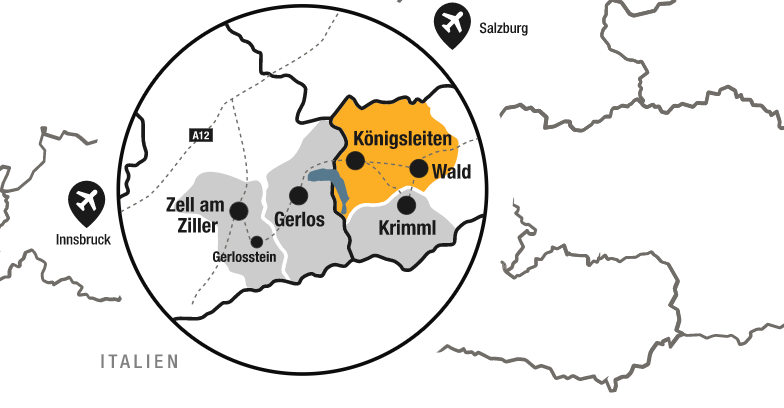 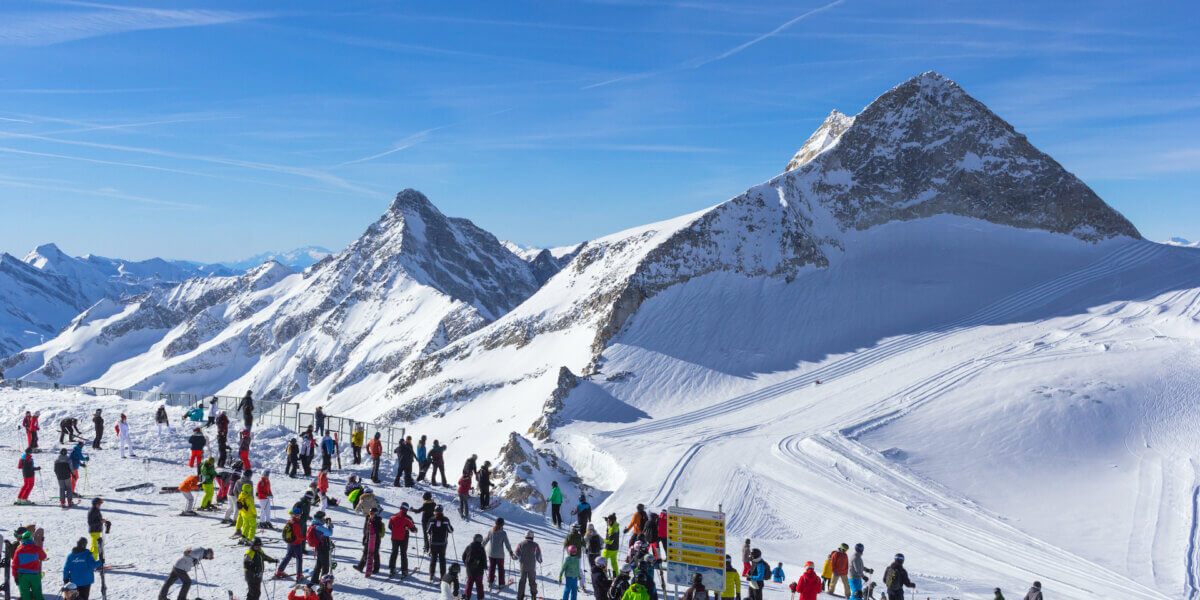 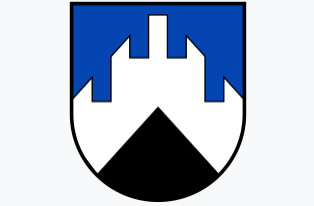 The highest area in Austria is the Pitztal Glacier 3440 m.n.m. and the Rifflsee ski area. It has different types of difficulty of the slopes and everyone will come to their own here. On 120 ha it is possible to enjoy downhill skiing on 44 km of slopes. The ultra-modern Wildspitzbahn cable car runs to the top of the Hinterer Brunnenkogel, the highest point of the entire ski area. The “Pitztal” ski pass is also valid for the neighboring Rifflsee ski area with a network of slopes for families and beginners on slopes at altitudes up to 2880 m.

What is the future of this area?

Discussions are currently taking place as to whether the world’s largest campus in Austria has been created. The two huge resorts of Pitztal Glecier and Ötztal should be connected. The construction of this very expensive and gigantic building is to last until 2026 and will cost approximately 3.3 billion crowns. Three more, new cable cars, a water reservoir, facilities for artificial snow, a 600-meter tunnel for skiers and 64 hectares of new slopes are to be built here. The total capacity of this monstrous center should accept 1,600 employees and there will be not only many new hotels, apartments, accommodation capacities, but also stylish restaurants, attractions and activities for families with children.

The creation of this new super area has been planned for some time, but it carries with it certain risks that are not particularly popular with conservationists. In order to connect the two existing centers, a piece of mountain 40 meters high, composed of ice, soil and rock, must be blasted. Some people do not agree with this act, as they feel that part of nature in such an exceptional alpine nature can be irreversibly destroyed. Already 140,000 people have signed a petition against this construction, and at the end of November there will be a debate about whether to actually allow this project. Proponents of the new complex rely on the fact that Tyrol would start earning much more – revenues could reach up to EUR 39 million and create more jobs. 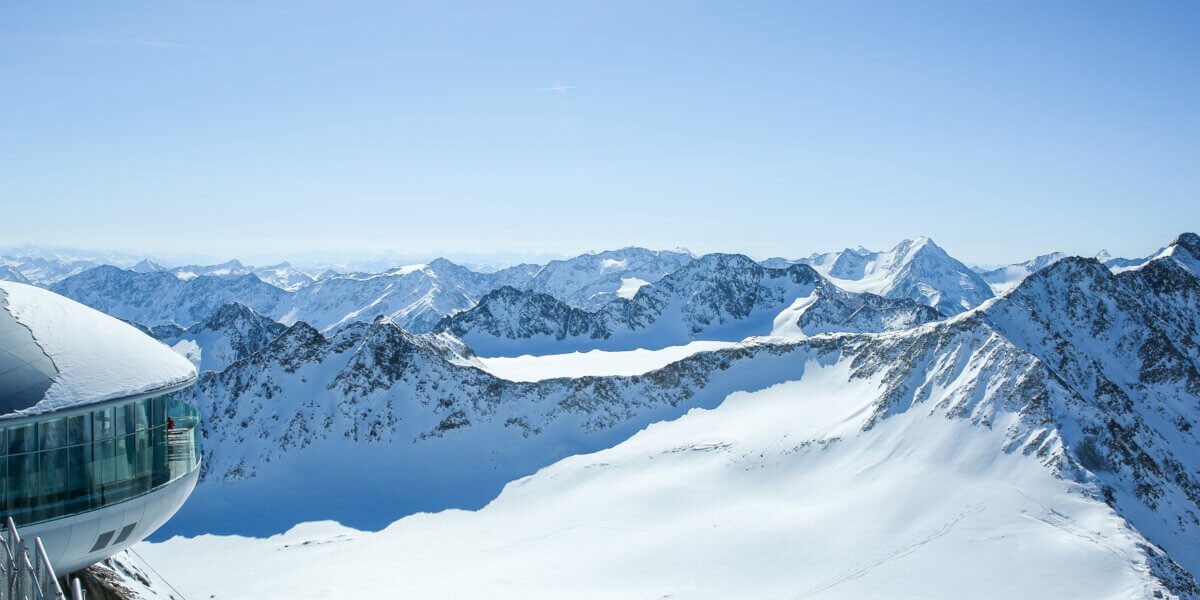 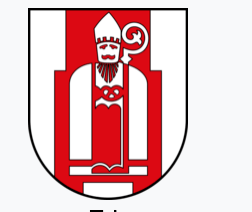 Ischgl Samnaun- Tyrol is a town located in the Paznaun Valley in Tyrol. Ischgl is one of the largest resorts in Austria with its 239 km of slopes. Its center is connected with the winter resort Samnaun, which is located in Switzerland. Together, this large resort is one of the largest in Austria. It has 45 lifts, including gondolas and chair lifts. From the town you can reach the ski area by three cable cars: Pardatschgratbahn, Fimbabahn and Silvrettabahn. Only the Fimbabahn and Silvrettabahn have central stations.

Many lifts converge on Idalp, where there is a restaurant. The area above Idalp offers wide, easy slopes and a snow park. Other parts of the Ischgl area, towards Höllboden and Paznauner Thaya, have many red slopes and some more challenging blacks.

The steepest slope in the resort is the black slope with a slope of 70%, which is located in the Höllboden bowl and is accessible by chairlift “Lange Wand”. Paznauner Thaya offers many red slopes suitable for intermediate skiers. Ischgl is known for its lively après-ski party and nightlife. The resort organizes pop concerts to celebrate the end of the annual ski season. Skiing, snowboarding and après ski have never been more accessible than in Ischgl. With a guaranteed snow and bars that are open until late, you could call it a 24/7 ski resort where you can have fun all day long. But of course we must not forget the beautiful scenery and great infrastructure that will ensure a pleasant visit. The resort has excellent accessibility, either by plane, car or train. The journey takes about an hour’s drive from Innsbruck Airport, two from Munich and three from Zurich. 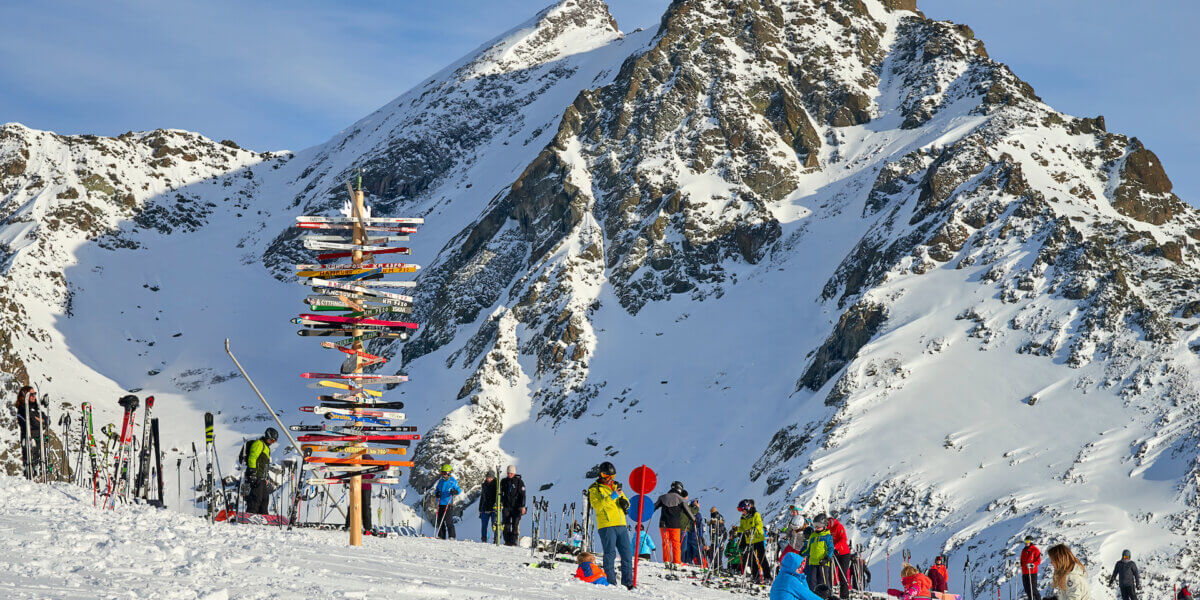 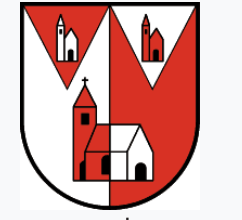 Sölden is a municipality in the district of Imst in Tyrol, Austria. It is located in the Ötztal valley at an altitude of 1368 m above sea level. Sölden is a famous mountain tourist and sports center, which is able to accommodate 15,000 tourists and is visited annually by up to two million guests. It is also known for the Alpine Skiing World Cup races on the Rettenbach Glacier. Sölden is one of the largest ski resorts in Austria thanks to the Rettenbach Glacier. The ski season practically does not end here. Sölden offers a number of trails for both beginners and experienced skiers. Ski slopes and the area is equipped with 35 types of lifts, from ski lifts to cable cars. Sölden offers 146 km of ski slopes (62 km of red trails, 51 km of blue trails, 27 km of black trails and 6 km of cross-country trails).

Sölden is one of the highest villages in the Alps. The design restaurant and cable car, which looks like curved steel ribs, provided the backstage for the main scenes in the new James Bond film. Agent 007 in Obertilliach, a village in East Tyrol, also plays a major role in ‘SPECTER‘. The film was shot for several days in January 2015, and a traditional mountain hut appeared in the scenes, which became the focus of a spectacular explosion. The so-called ‘Bond House’, as the locals named it, originally came from the neighboring region of Styria, was dismantled and reassembled on the slopes of the Golzentipp ski area, especially for the film.

Please leave us this information and we will get back to you soon.